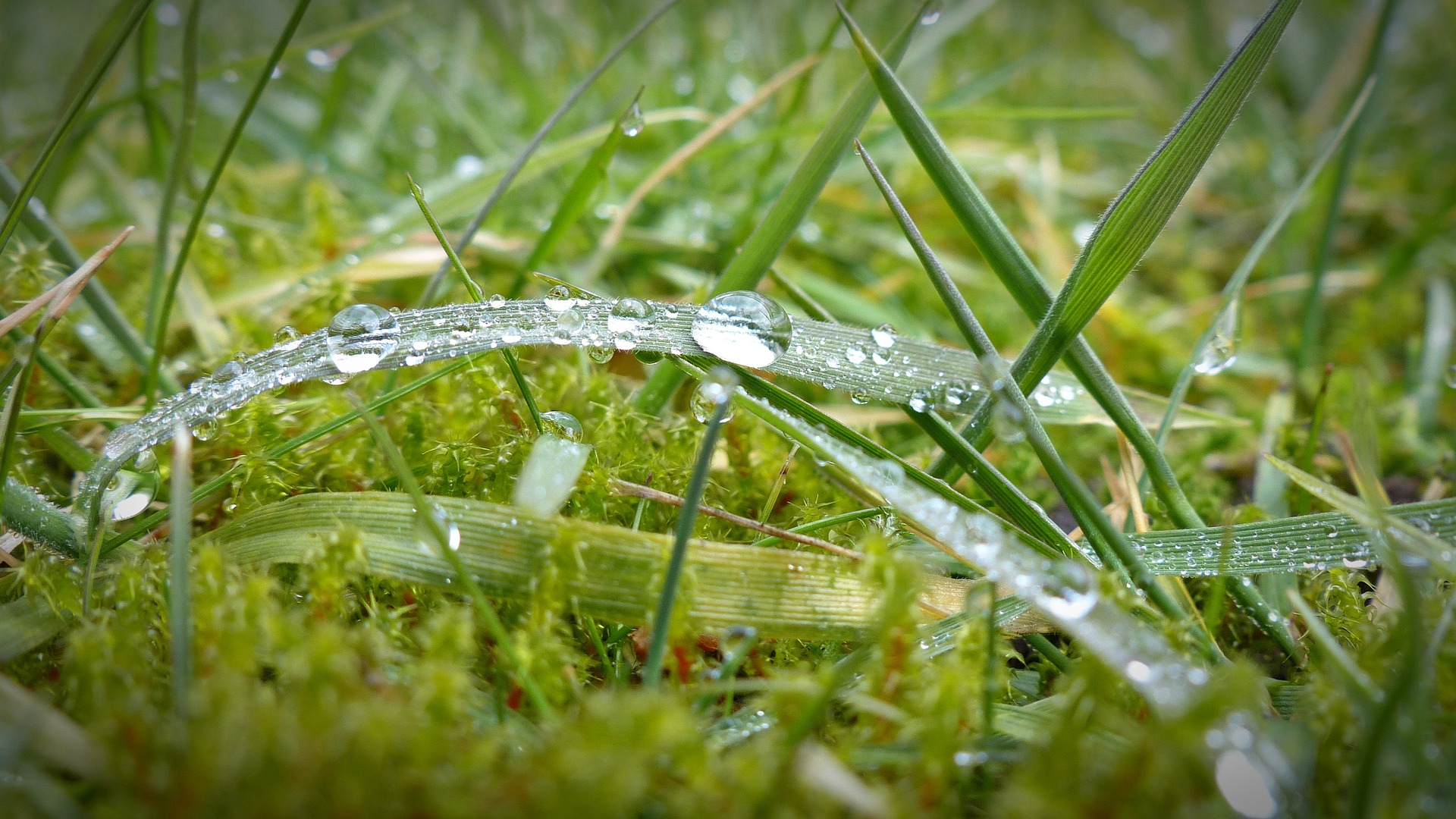 Moss thrives in damp conditions and that is one reason why it is so prevalent in Camas, Washougal, and Vancouver, Washington. However, dampness is not the only condition that can cause moss. Moss can also be caused by infertile or acidic soil, too much shade or too little water. In another article, we will discuss what causes moss to grow. For now, in this article, we will discuss treating moss organically.

As state above, moss grows in acidic conditions, so it makes sense that by increasing alkalinity, you will stave off the growth of moss. One way to remove moss from hardscapes organically is to sprinkle baking soda over the affected areas. Let the baking soda sit overnight and, afterward, use a broom to sweep up moss and baking soda. Spray the area down with a garden hose to remove any residue that may remain.

Similar to boiling water, vinegar can be used to kill weeds and moss as well. White vinegar is rated by its acetic acid level, the type typically sold in grocery stores is rated at roughly 5%, whereas the industrial strength will be rated closer to 20%. While both can be used to treat moss, the industrial strength version will be more effective. Please note that the industrial strength version can harm your eyes or lungs, so it is important to wear the proper personal protection equipment (PPE). To treat moss, pour vinegar into a spray bottle and spray directly onto the moss, being sure not to spray desirable plants as the vinegar does not discriminate. Let the vinegar sit for about 30 minutes before sweeping the moss.

As we stated above, treating moss in lawns will be a different process than removing it from hardscapes. Here are a few ways to treat moss in your lawn.

For small amounts of moss growing in your lawn, you can simply use a standard rake. Rake the moss from the lawn and then rake the moss into a pile and remove it from the property. It’s a simple but effective process for a small amount of moss.

As we have mentioned before in our blogs, dethatching has many benefits. One of those benefits is moss removal. Dethatching removes excess thatch from your lawn. Similarly, it also pulls up moss from your yard as well. You can use a manual thatch rake for smaller areas, or you can use a “power rake” (aka dethatcher) for larger areas. A dethatcher is used much in the same way as a lawn mower. Drive the dethatcher throughout your lawn and then rake the thatch and moss into piles, before removing it completely from your lawn areas.

Baking soda can also be used to remove moss from your lawn. To treat moss with baking soda, mix roughly 8 ounces into a gallon of luke warm water. Pour the mixture into a standard garden sprayer and spray the moss liberally. Allow the mixture to sit on the moss overnight. By the next day, the moss should be discolored and easily raked out of the lawn.

The methods listed above are incredibly effective at treating moss growing in lawns or on hardscapes. However, of the root cause of the problem is not remedied, the moss will eventually return. In a future article we will discuss how to improve these areas so that moss does not return. For now, remember that most mosses do not thrive in sunny conditions, so improving the amount of sunlight these areas receive will drastically diminish the amount of moss in these areas.

Urban Eden Landscaping strives to treat moss as organically as possible, and we would love to help you with treating moss on your property. Contact us today for a FREE estimate.

What is Dormancy?
|
What Causes Moss?