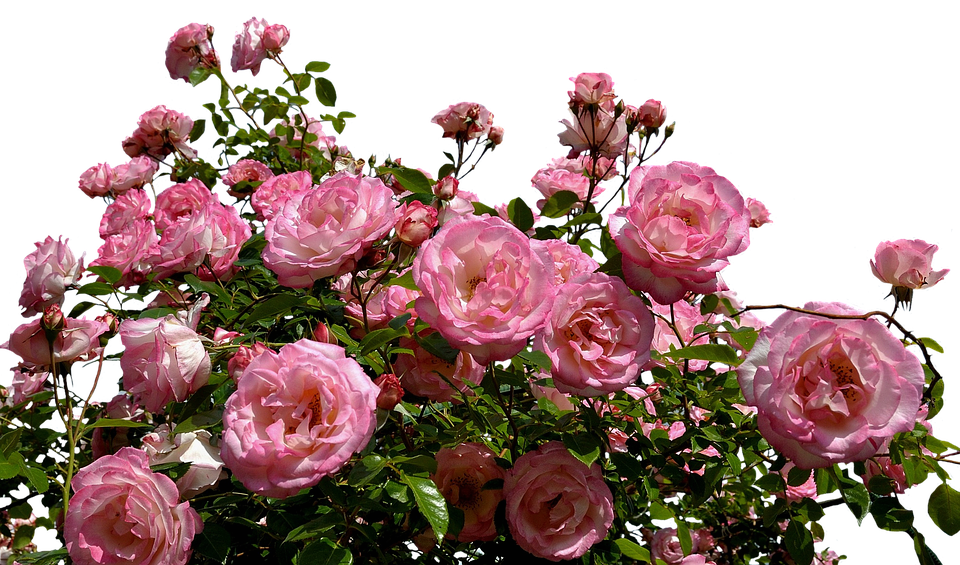 It’s winter here in Camas, Vancouver, and Washougal, Washington. Most plants go dormant during these colder months and roses are no exception. Therefore, winter is the best time to prune your roses without the risk of shocking your plant. This post will discuss what to look for when pruning roses. Note: since there are many types of roses, the tips in this article will be a rough guideline to follow for pruning most rose bushes.

There are several things to look for when pruning roses. At Urban Eden Landscaping, the first things we look for before pruning roses is what we call the 3 “D’s.” Those 3 “D’s” stand for dead, diseased, or dying.

The first thing to ask yourself before beginning the rose pruning process is “are there any dead branches on the plant?” Dead branches are usually easily spotted; they are not lush and green looking and are often somewhat blackened or dark brown. Remove these branches first by cutting them back to where the green wood begins.

The next thing to look for during the rose pruning process is the formation and spreading of any diseased or pest-ridden portions of the plant. Remove any diseased portions of the plants and treat any pest problems immediately. Roses are rather prone to disease and pests and, therefore, these issues can take on a variety of different appearances. The most notable appearances of diseased plants are black spots, powdery mildews, yellow “mosaic” veins in the leaves, as well as cankers that form on the stems. Pest infested roses can be easily spotted by knowing the pests that are most attracted to roses. These pests include aphids, spider mites, Japanese beetles, and rose slugs, to name a few.

The last question we ask is “are there any portions of the rose plant that seem to be in the process of dying?” Rose leaves and stems die for a plethora of reasons including disease and pests (as stated above), broken branches, unhealthy soil conditions, over saturation, as well as age. Dying portions of a rose plant often appear withered and darkened; these parts of the plant should be removed as soon as possible.

There is quite a bit of information that goes along with the proper pruning of rose bushes. Fear not! Urban Eden Landscaping has years of experience in the proper rose pruning technique and we would love to help get your roses looking great! Fill out a free estimate request online, call us at (360)567-6399 or contact us here.