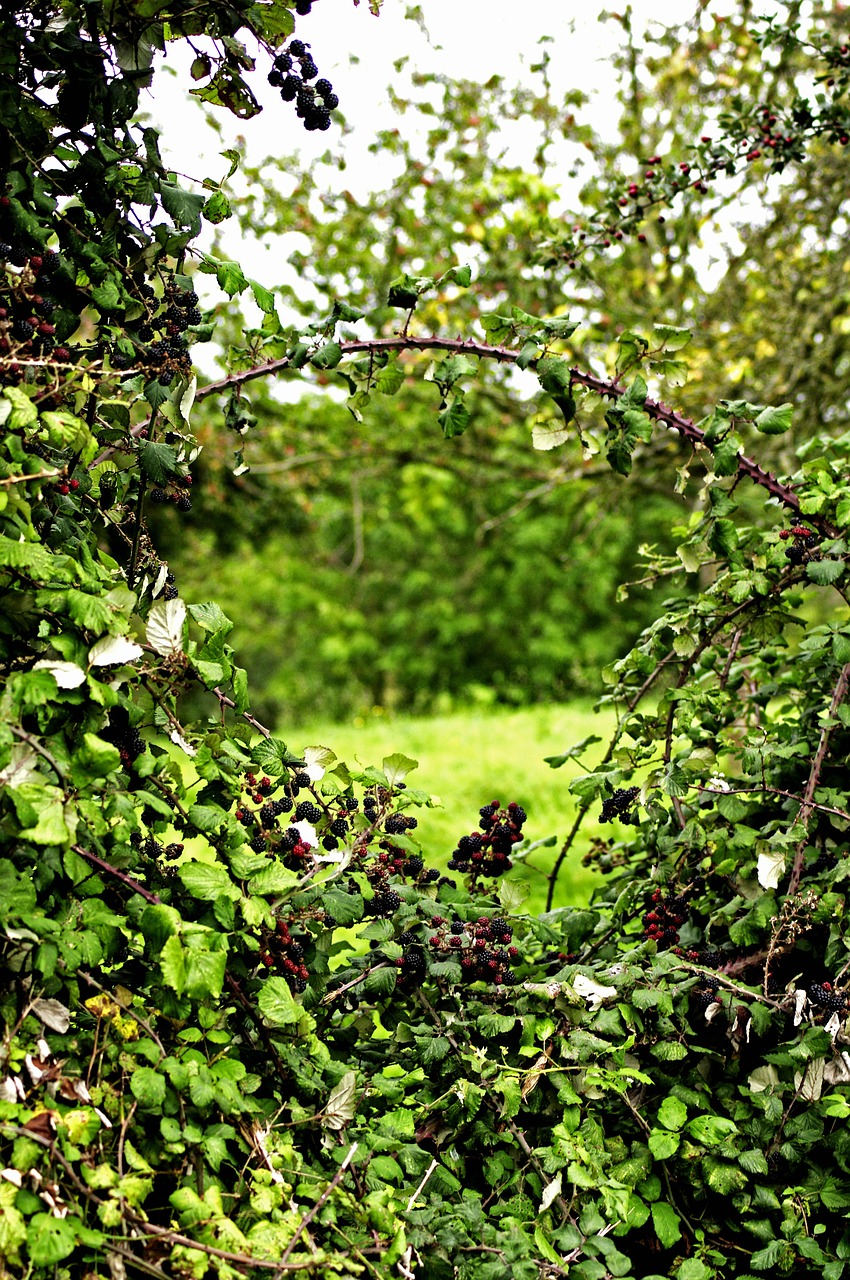 Bramble is a term most often used in reference to blackberry, but can also encompass other creeping, prickly vines and shrubs as well. Removing bramble can be an arduous task, especially for the inexperienced or unprepared individual. If bramble is left to grow unfettered, it will consume most everything in its path, from trees and plants to entire structures. Therein lies the importance of treating and removing bramble as quickly as possible. Urban Eden Landscaping strives to avoid the use of harmful chemicals or herbicides and attempts to remove bramble by hand. This article will discuss the best way to remove this invasive species without the use of chemicals.

The most obvious and simplest way to deal with bramble is to avoid the spread. We know, it sounds silly, but, if you are able, this will be the simplest method. If you see a small cane sprout, pull it immediately. Not allowing bramble to root, grow, and spread in the first place will avoid a lot of headache later. For those of us who either bought property already consumed with bramble or simply were not able to stay caught up with the ever-spreading plant, there are other options as well.

Cut it All Down

The first step to removing a sizable patch of blackberry is basic: cut it all down to the ground. Using clippers, by-pass pruners, or powered hedge trimmers, cut back the vines and canes to as close to the ground as possible. Ensure that all of the plant’s vines have been cut and separated from the root of the plant, so all that remains is the crown protruding slightly from the ground.

The next step is, perhaps, simpler than the first. After all of the exposed portions of the plant have been cut back, rake the debris into piles using a hard rake. Once all of the debris has been raked up, dispose of the piles. You can place the debris piles into a compost bin (please note that aged bramble will take a good deal of time to break down). If you have adequate space you can burn the piles instead. Or you can simply haul the debris off to your local dump site.

The final step to removing bramble or blackberry is decidedly the hardest. After all the debris has been cleared, you can now begin to dig up the individual crowns. Take your time ensuring that you have dug up every crown, pulling up as much of the root system as possible. Depending on how extensive the infestation of bramble is, this may take a good deal of time.

Since locating all of the root system is a difficult job, be sure to keep a close eye on the area after the removal process has been performed. Any new sprouts that arise from the ground should be pulled immediately. Another option to avoid the regrowth and spread of bramble is to continuously mow the area. Repeatedly mowing the area will make it difficult for any new growth to form. Overtime, the bramble will effectively be discouraged from growing in the area.

Clearing large patches of bramble or blackberry is, without a doubt, a difficult task; a task that Urban Eden is well prepared to handle for you. With years of expereience and all the proper tools, we are ready to help with any of your landscape needs. Call us today at (360)567-6399, contact us here, or fill out our FREE online estimate request form!

Yard Clean Up
|
5 Considerations When Hiring a Lawn Care Company