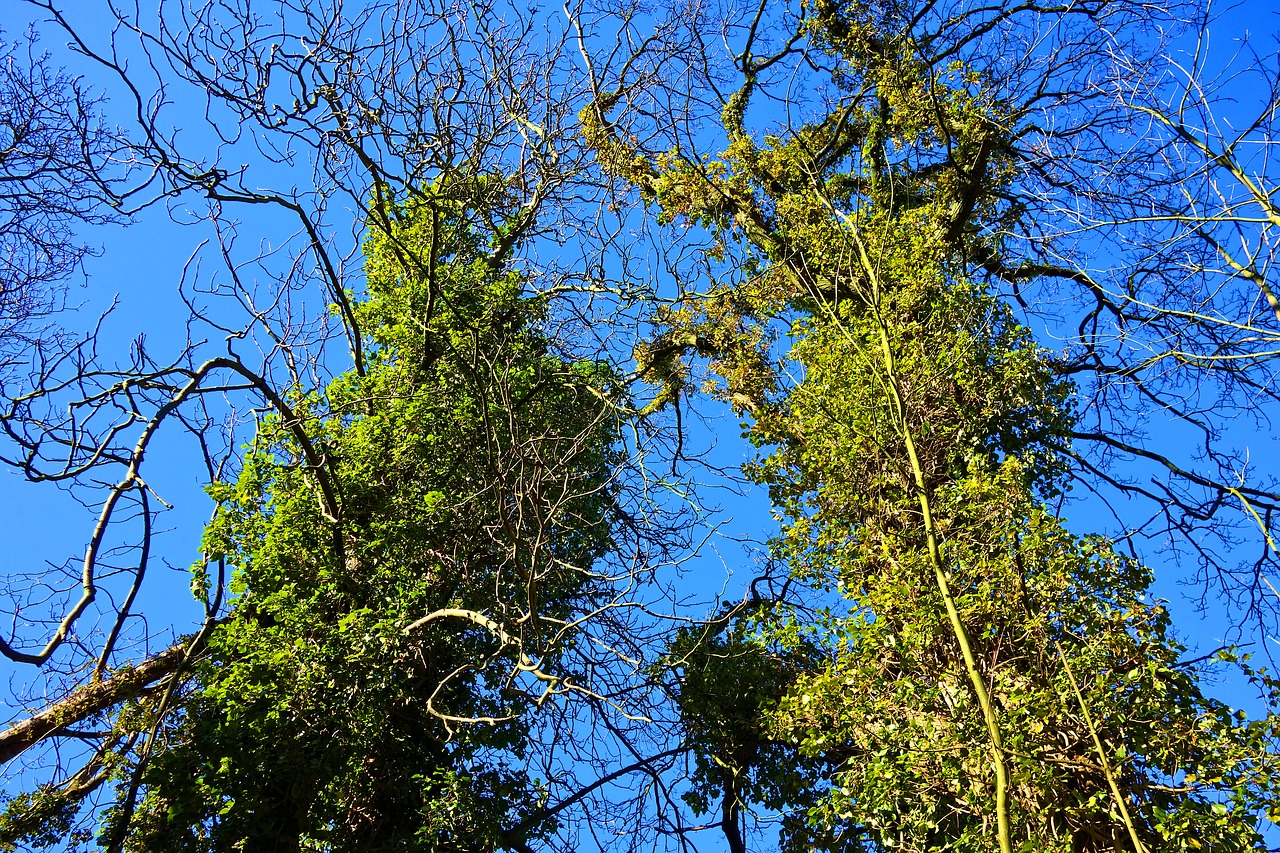 English ivy (also known as hedera helix) is an invasive plant species that was imported into the United States from Europe for decorative purposes.  This plant runs rampant throughout the Pacific Northwest, especially in Camas, Vancouver, and Washougal, Washington. Furthermore, Oregon has even banned the sale and distribution of English ivy due to its invasive and destructive nature. In this post, we will discuss the invasive attributes of English ivy and the best removal practices.

A noxious weed is a plant that can out-compete other native plants; English ivy is no exception.  Ivy can grow vigorously, blocking sunlight from other plants and trees. Furthermore, ivy can add extra weight to trees, increasing the likelihood of damage to those trees. Ivy can consume entire shrubs and bushes, killing them by blocking sunlight.

English ivy spreads quickly by its outward expansion of vines. If left unchecked, after a few years, ivy will form branches and begin to develop berries. These berries can be spread over great distances by both wind and birds, further exacerbating the growth of the plant.

Furthermore, ivy, though it flourishes best in direct sunlight, tolerates a good amount of shade. Therefore, a lack of sunlight does not deter this plant from further growing and spreading.

How to Remove Ivy

There are several different methods to treat the growth and spread of English ivy. The best method to use will depend on how far along the ivy has spread.

For ivy that remains a simple ground cover, you may be able to simply pull all the ivy up by the roots, which should stop further expansion. However, if even the slightest amount of the plant is missed, left uncovered and allowed to grow, the plant will continue to be a nuisance.

If the ivy has spread over bushes or trees, you will need to cut the ivy at the base of the plant, pulling all of the top growth from the tree or bush. When the ivy has been allowed to grow up very tall trees, it may be impossible to get every last bit of ivy from the branches. However, though not the prettiest sight, these remnants of ivy left in trees will not further spread if it has been severed from the root; the vines will eventually harden, die off, and blow out with the wind. After the ivy has been cut, you will need to follow the method discussed above; all roots must be pulled or dug up from the ground, removing as much of the root as possible.

To ensure that any roots that have been left behind do not continue to grow and spread, it is a great idea to lay down a thick layer of mulch. Mulch blocks air and sunlight from reaching the plant and will aid in its removal.

Removing ivy completely, much like bamboo and blackberry, can prove a difficult chore. If you would like some assistance with ivy removal, please contact us today. Call (360)567-6399 or fill out a free online estimate request form and we can help get your yard looking healthy again!