A History of Lawn Care

Posted on January 8th, 2020 by Urban Eden Landscaping
A History of Lawn Care 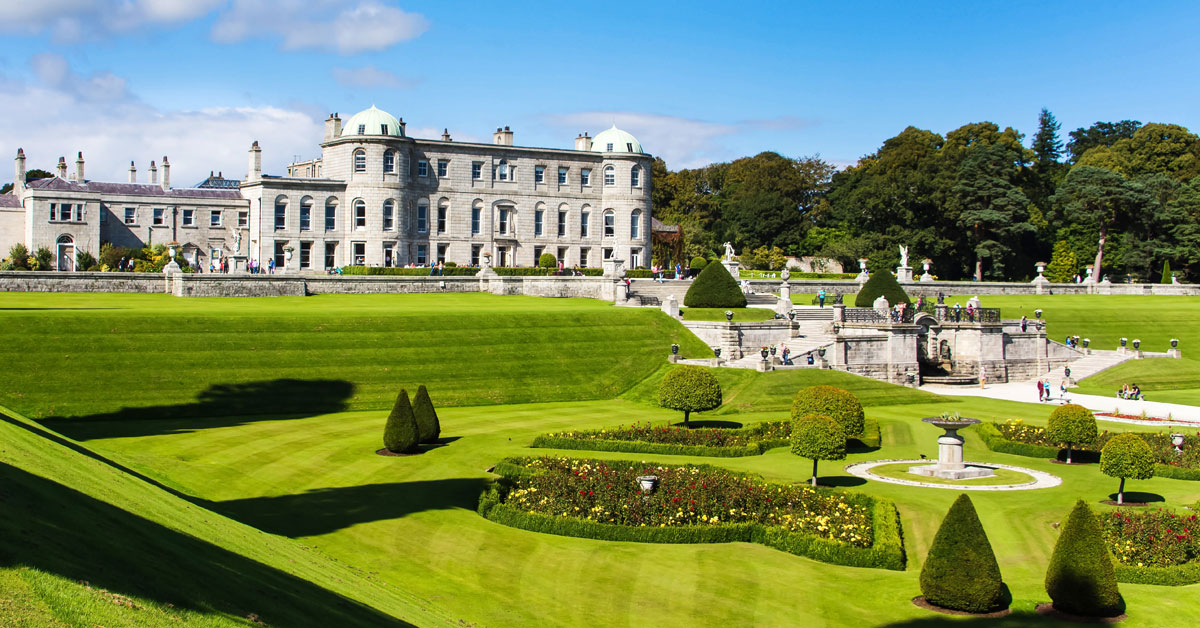 The Origin of the Lawn

It seems funny to think about lawns having a history. Most individuals are used to living in homes with some sort of yard or lawn. So the idea that lawn care has a beginning is not one that many have likely pondered.

Surprisingly, there is a fascinating history and timeline for the emergence of the lawn and lawn care. Though today’s reasoning for a nice yard is mostly for aesthetics, there are some interesting reasons why the lawn initially came to exist.

Sodding, or turfing as it used to be called, was originally written about in a Japanese book on gardening. These turfgrass lawns were kept trim and neat through the use of grazing animals or hand scythes. Other cultures as well, in the late 12th Century, began to adopt similar methods.

The sport of cricket is recorded as the first team sport to be played on turfgrass. Even earlier than that, however, was the game of bowls, which was played on a bowling green. Bowling greens are finely-laid, and closely-mown rolled stretches of turf. The oldest known bowling green is in Southhampton, England, and was established in 1299. This use of mown turfgrass for sports was the precursor to the fine modern turfgrasses that are used today on golf courses, and tennis and croquet courts.

Paintings from the European Renaissance period in the 15th century depict the use of turfgrass in public parks and private ornamental lawns. By the 16th century, formal gardens and well-kept lawns became popular with the aristocracy and wealthy elite.

Turfgrass for the use of sports evolved further in the 1500s when soccer started being played on public greens in England. There is also mention around this time of golf being played on turfgrasses in Scotland.

The word “laune” was first used in 1540 in relation to the Celtic word lan or laun, which means an enclosure used for a place of worship. The word lan is considered to have originated from the Middle English word landa (Old French: launde), meaning heath, barren land, or clearing.

In the mid-1600s, immigrants from Northern Europe came to America, bringing grass seeds with them. The seeds were considered highly valuable and were often hand-carried over to ensure their safety.

Gardens and lawns in England started to be used for social purposes, providing beautiful areas to walk and socialize. By the end of the era, the English lawn had become a symbol of status. Elaborate landscaping, lawns, and gardens surrounded manors and castles as a way for the aristocracy to flaunt their wealth.

Before the 1800s, most Americans were too preoccupied with colonization to even think about having a manicured lawn. Most of their focus was on their land being used to raise livestock and grow food.

As North Americans slowly started to adopt the European style lawn, President Thomas Jefferson became one of the first to replicate the style at his Monticello estate. It wasn’t long after that other wealthy U.S. landowners started to follow suit.

1830: The Invention of the Lawn Mower

As the notion of having a manicured lawn grew increasingly popular, the need for an easier method to handle the upkeep became apparent. Edwin Beard Budding, an engineer from England, invented the first mechanical lawn mower in 1830. The design of the lawnmower evolved and was adapted until an affordable version was created and mass-produced in 1890.

The 1870s: The Evolution of Lawns and Yards

With the lawnmower making it more accessible and easier to have manicured lawns, the evolution of the American yard grew. Suburban communities took cues from landscaped parks as homeowners moved produce gardens to the back to make room for landscaped front yards. Lawns were no longer a symbol of wealth and instead were seen for their aesthetics.

In 1876 the U.S. Department of Agriculture furthered the yard revolution with a lawn growing display at the United States’ first U.S. World Fair. Though they offered little information on ongoing care, they helped Americans learn how to get a new lawn started.

20th Century: The Science of Lawns

In the early 1900s, the USDA began testing other potential grasses for lawn and turf grasses. In 1950, the first scientific research on turfgrass was published by Dr. William J. Beal from the Michigan Agricultural Experiment Station.

By the 1960s, American suburbs were booming with beautiful home lawns and gardens. In the late 60s, things took off with a new technology introduced by Brooks Pennington Jr. Brooks’ technology helped fuel the lawn industry by providing a way to help grass seed grow faster and stay healthier. 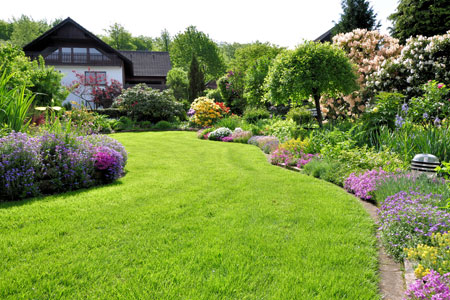 Today, lawns and front yards are a common feature of homes and public and private spaces all over the U.S. and other countries. For many homeowners and businesses, landscaping has become an art with so many different plants and lawn ornaments readily available.

With the advancement in lawn equipment, products, and methods, the lawn care industry has grown exponentially.  The market is filled with various types of mowers, fertilizers, watering devices, and soils and grasses. With all that is available, there is no limit to what can be achieved today with modern lawn care and landscaping.

At Urban Eden Landscaping, we pride ourselves on our quality of work and attention to detail. The value of a home is substantially based on the landscaping. Keeping your lawn healthy and well-maintained will not only boost your home’s appearance, but it will also increase the value.

We serve both residential and commercial clients in the Vancouver, WA, and surrounding areas. Whether you are new to your home or property or have lived there for years, we encourage you to achieve your own Urban Eden by calling us today for a free estimate and consultation.